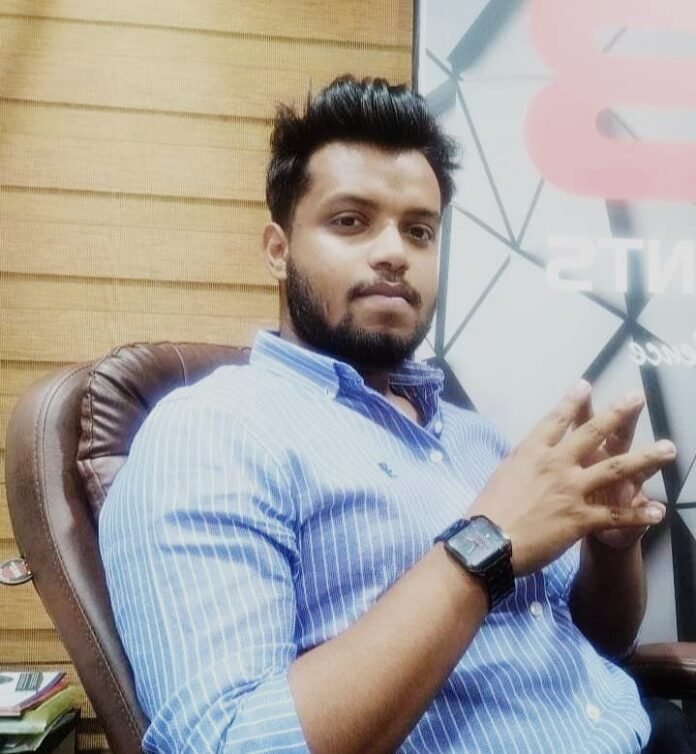 In a society filled with followers, one should step ahead to lead them and Mrinal KJ successfully proved himself to be worthy and showed that our country is powered by the youth. Mrinal K.J is the Author of the national best selling book ‘ Slap Your Fake Shadow’ and also an Marketing entreprenuer, He being one of the youngest rising entrepreneurs of India, made significant efforts to make this country a better place to live by various means.

But recently in the past week himself being the social media man, his Social Media accounts suddenly stopped on the search list, either deactivated or deleted. Though Mrinal has been recently very inactive, but why he is out of public domain?  Is he running through social dilemma or depression? It is said that whenever his social media handles are not active he does something revolutionary, will he come up with something unique or a new book might be ? The answers are not defined but hope he comes back again with something new

Mrinal has helped a lot of companies to make it through the pandemic and see their path through the development with his efficient strategies through his firm ‘Foxclues Pvt. Ltd.’. He proved that he cares for the people and authored a revolutionary self help book, ‘Slap your Fake shadow’ through which he advised the people to take care of their mental health and it’s important. It was well received and appreciated by the Indian readers. As they say, ‘Sincere efforts never go wasted’, Mrinal was recently nominated for ‘500 Quality Leader Awards 2020’. He was announced as one of the Top 500 Leaders of India on 10th Jan 2021, and was one of the youngest to be awarded with such an honor.

He also made it clear in many occasions that in the upcoming times, he will keep working on various issues that should be let known to people so as to make this world a bit safer and secure to live and to change the perception of the world towards India. In a society filled with followers, one should step ahead to lead them and Mrinal KJ successfully proved himself to be worthy...

Top 10 Trusted and Tested IXBRL services for South Africa You Must Know.

Iris Carbon Iris Carbon is one of the most trusted partner of CIPC.The CIPC iXBRL mandate that is...
IndoToday is a nonprofit, nonpartisan organization that empowers people to choose how they live as they age.
Contact us: support@indotoday.in