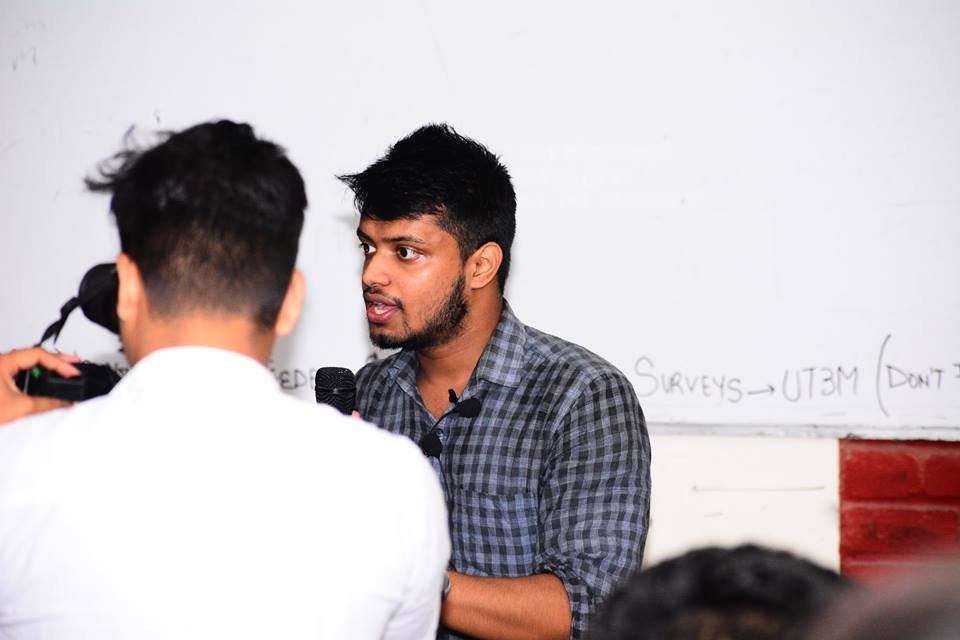 Mrinal Kj, his real name is Mrinal Jha. He is an activist, youth coach and social media strategist for different companies. He is well known for the campaigns he led, He is certified by CMI ( United Kingdom)  for Level 5 Leadership. He has been awarded from IIT & IIM (India)  for his content and also received an online accomplishment statement from Stanford (U.S.A) for Human Trafficking. Mrinal was recognized as the best speaker in 2017 at International Peace Conference hosted by Let Peace Proliferate. After completing his Graduation, Mrinal too dreamt of pursuing his Master’s education in some renowned universities, like most of the people, until he found out some flaws in the present day’s society. He couldn’t stay quiet by watching them happen in his daily life. So, took up the responsibility as a citizen of the world to make this world a better place to live. He was hosting shows for some of the shows on local media. He thought of spreading learnings he learned to the people so that they could prevent such incidents from happening in their life. He is making use of every way of media, that he is capable of, to make people think on topics which were usually not considered as thinkable in deep. He used to write some blogs about some issues which were mislabeled or mis-conveyed into people like religion, caste, feminism etc. He made some films on the concept that he wanted to convey to people. He directed some films like ‘Do Not Sleep’, ‘An Interview’, which mainly focuses on the problems being faced by students in their college phase of life.

He believes that most of today’s youth are being mis-leaded by many addictions, misconceptions etc. He says that social media is harming today’s youth psychologically than several addictions like smoking, drinking etc. But, today’s youth can be moulded into the perfect weapon by providing them with guidance and motivation in a correct manner. “We’ll be seeing people getting stressed out because of exams, fear of not getting admission in a well-known college, fear of not being able to stay with a person they like, anger due to some unknown or trivial reasons. These are all the consequences of the misunderstandings or lack of understanding of a particular situation or a person. Everyone is correct from their own point of view. But, what differentiates a good one from a bad one is the ability to think in their own and also others point of view and accept what could be done for greater good rather than just for oneself.”, says Mrinal Kj. Mrinal now has a community of 50 thousand plus followers on his social media’s within two months of active participation, also he has crossed total viewership of 5 lakh audiences.  He is now visiting many colleges and delivering his lectures regarding expanding one’s own mind for a better living. He wanted to change the mindset of people and build a society, where people could be brave enough to deal with their problems rather than committing suicide, where people could respect each other irrespective of religion, gender, caste etc. rather than assaulting, molesting and killing people, where youth will be fully confident in themselves  and their abilities, instead of striving for a degree.

Vancouver’s Real Estate Market could Crash Thanks to China

Just Got a Drone for the Holidays? Check Out These Important Safety Tips First

Your New-Construction Home Should Come With A Warranty

In a society filled with followers, one should step ahead to lead them and Mrinal KJ successfully proved himself to be worthy...
IndoToday is a nonprofit, nonpartisan organization that empowers people to choose how they live as they age.
Contact us: support@indotoday.in

Leicester City FC news: Where next for the Foxes after their...

New Housing Law May Offer an Opportunity for Entrepreneurs